So "What is Wrong With This Picture?" Andrew discusses his most iconic album cover in his liner notes. Part One. 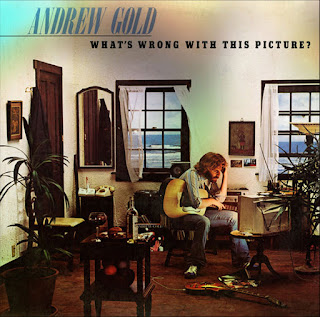 "One major thing about this album was the title and the front-cover, my most famous one.  Both the title idea and concept for the cover were photographer Ethan Russell's.  And we loved it.  We went to his studio in east Hollywood, and he had built a little set of a house with lots of weird things, and we brought stuff too.  All things crazy, like the windows, where the closed one had the blowing curtains, and the open ones with still curtains, and different horizontal lines.  And all the bizarro stuff we did.  One of my favorites was one I did, which was a calendar that said November 31 (no such thing) and on it said, "CANCEL ALBUM COVER SHOOT!" But, alas, even on the big album covers back then, you still couldn't see it.  And another great one:  The reflection in a mirror of my jacket hanging, with my initials, A.G., on it...except if it were right, it would've been G.A.  AND the whole picture was just a picture - no digital fix-ups back then, and no airbrushing, etc.  Thanks, Ethan!

We had many contests to figure out how many things were wrong with it.  Our official count was something like 33, but people could find more.  My favorite fan letter was, "I couldn't find anything wrong with the front cover, but on the back, that shirt definitely does not go with your jacket!"  These days, that shirt is somewhere in a Hard Rock Cafe display, along with a guitar I played on Linda's When Will I Be Loved." Ah, shrines!  By the way, why the hell is Linda not in the Rock and Roll Hall of Fame?  A mystery, as she was the biggest female star going in those days."

Well -- Andrew would be pleased to know Linda is now in the Hall of Fame.

A subsequent post will reveal What is Wrong With This Picture!!

Andrew discusses the recording of the Bryndle CD

"While we were recording the Bryndle LP, we used to play various jokes on each other..one favorite of which was to, when we were mixing, make a "special" joke mix, that would be identical to the real one save for one line or another, where we Josh, Steve and whoever of the band was in cahoots, would sing loudly and drunkenly a rude or ridiculous version of the line, which would be mixed in, and which would totally startle anyone listening to the mix..

I.E. In Karla's tune, Mulberry Street, when she comes to the line about "When the moon lit the sky..." we all came in singing, coarsely: "Like a Big Pizza Pie". Or in Savannah, the line "I held my breath and I knew at once"...was followed not by "I didn't have a prayer", but by "She had no underwear". To this day, I have trouble singing that line on stage without accidentally thinking it's the rude version...One day I'll slip..I know! " 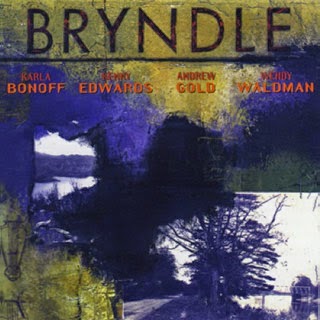